Comprised of father and son guitarists, John Eurell Sr. and John Eurell Jr., Sundad is making their name as an acoustic band whose compositions, recordings, and live performances are filled with beautiful rythyms, harmonies, and chord changes. The original repertoire consists mainly of finger-style acoustic guitar instrumentals that have been described as "World Fusion, New Age" and Jam-Band music. Live performances often include other great musicians whom Sundad loves to perform with.

Their 1st CD, Journey To Eternity, received a first round Grammy Nomination for 2005 Best Contemporary World Album. The CD debuted at #3, remained in the Top 50 for 6 straight months, aired across the USA on over 180 public radio stations, internationally in Spain, Belarus, Canada, Romania, Australia and Japan and ranked #23 on the 2005 Top 100 Radio Airplay Chart. It also made the Top Twenty Most Played Albums on USA and International radio shows a total of over 110 times. Additionally XM Satellite Radio featured the album on it's "The Best Music this week on XM " listing for the week of August 22-28, 2005.

Their 2nd CD, The Journey Continues, was released in June of 2008 and immediately hit the World / New Age radio spin charts at Number 3. The CD also received a 2008 1st Round Grammy Nomination for Best POP Instrumental Album. The album has aired all over the USA and in Europe, Australia, Canada, Ireland and Mexico. On Sirius/XM Satellite radio, the track Chets Favorite made the Top 40 Most played songs for 11 weeks running (2008/2009) including 2 weeks at Number One. Sundad also made the Top 40 Most Played Artists for 10 weeks straight over that time span.

"Open Sesame", the first track on the CD, was featured on NPR's "All Songs Considered: Open Mic" where it garnered the highest listener review rating among the eight songs featured - 4.23 out of a possible 5. Also reviewers on GarageBand.com voted the track as All-Time Best Guitars in the World Fusion category - a title which was held for over a year and a half.

John Sr., and John Jr. love improvising and the current song selection provides plenty of room to breath. The group is based in Westchester County, NY and Connecticut. 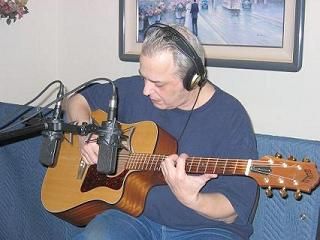 John Eurell Sr. started playing guitar at the age of 12 and has been playing the guitar for over 40 years. His musical experience includes rock and roll, hard rock, blues, funk, disco, and jazz. His unique style of playing and composing comes from a combination of all those genres.

In the 60's, 70's and 80's he played with a number of well-known local bands in the Westchester, NY area including Electric Abraham and Satsang. He has performed with Cliff Carter, Steven "Abe" Speller, and Steve Worthy among others. After raising his family John decided to get back into performing and out of that grew the Sundad band. 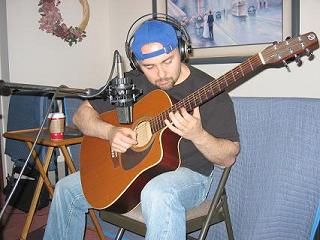 John Eurell Jr. is the son of John Sr. and was brought to many of his father’s gigs starting at a very early age.  He is mainly self taught and has been playing the guitar for over 20 years. His musical experience includes hard rock, blues, funk, jazz and fusion. He was heavily influenced by such fusion guitarists as John McLaughlin and Bill Connors, among others. John Jr. has also recently been performing with the band Hieroglyph as the lead guitarist.

John Jr. has studied guitar with his father, as well as guitarists David Snider and Lou Ubriaco.